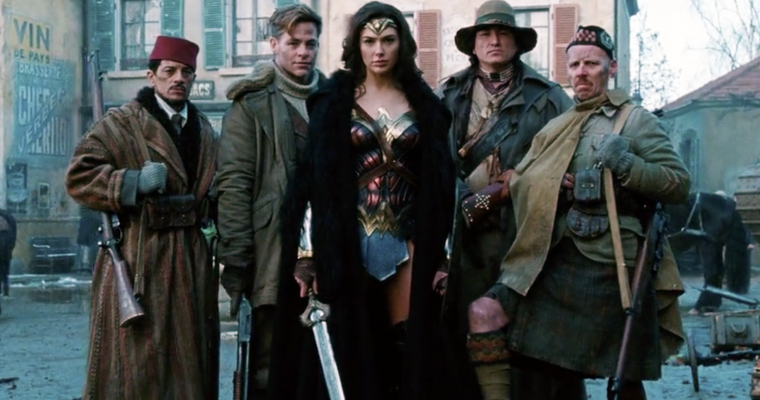 This is the photograph printed on glass, that was used in Wonder Woman (2017). Taken during a scene set in 1918, this style of photograph mimics the collodion or wet plate process, an early photographic method requiring glass to be coated, sensitized, exposed and developed within the span of about fifteen minutes and in this case, in a portable darkroom. The outcome is a positive photograph and like a print on paper, it is viewed by reflected light and each one is unique like a polaroid, meaning it can only be duplicated using a camera to copy it. First taking off in the 1850s, there were two main types of collodion photography, ambrotypes, which refer to exposure on glass, and tintypes where the image was exposed onto tin. Wonder Woman’s photo is an ambrotype as it’s exposed on glass.

I love this graphic prop as it’s about the most solid form of ephemera it’s possible to have. It’s used wonderfully as a link to future films and an emotional memory of the character’s past. I think this does come under graphic props rather than straight photography though as I’m not convinced it was produced using original wet plate photography methods. Although it would be lovely to think they did get an experienced wet plate photographer in, I would not blame them in the slightest if they didn’t. 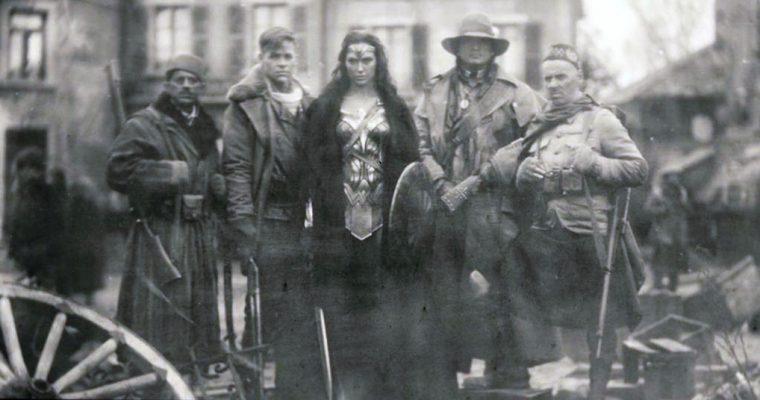 For this production, many photos would have had to be taken, costing money in materials, a photographer and actors waiting around doing nothing for hours. The time would be taken up by trying to firstly get a good pose of the 5 actors, then having to waiting for each photo to develop, and only then knowing if it developed well enough to make out all the actors clearly enough. It probably saved them a lot of time and money to edit and appropriately age a modern photograph digitally, then reproduce it onto glass. For filming you need at least half a dozen identical copies of any graphic prop that might get significant screen time like this, incise one gets scratched, broken or lost. Continuity is vital and as stated above, ambrotypes are hard to reproduce from the original.

This is however, a beautifully designed, and period appropriate, graphic prop that did its job well, capturing a significant moment in time for the character of Wonder Woman, played by Gal Gadot, and hit all the right emotions when she sees it after so many years. We really feel Wonder Woman’s nostalgia and love for the characters depicted in this ambrotype photograph. 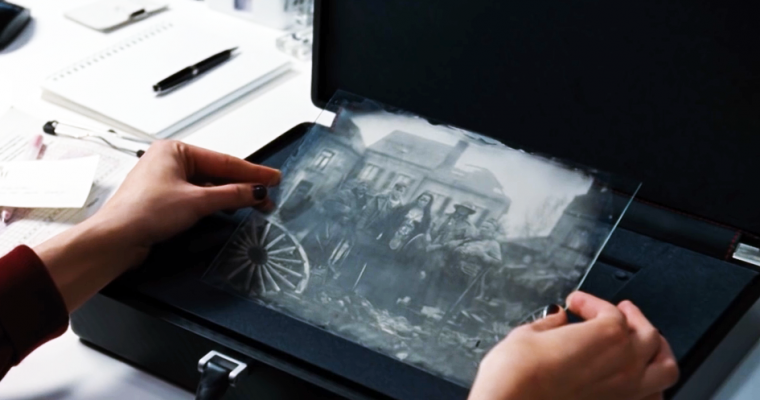