WHAT IS A CATRE DE VISITE? 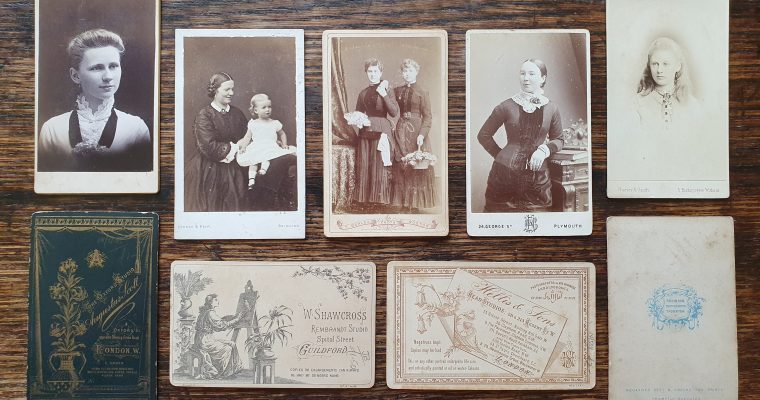 These photos are of some carte de visite from my own collection.

Carte de visite (CDV) was a type of small photograph which was patented in Paris by photographer André Adolphe Eugène Disdéri in 1854. Carte de visite were made of a thin printed paper photograph mounted on a ticker rectangular piece of card. The size of the photographs were usually about the size of a calling card (a business card today) 55mm × 90mm and the tick card mount about 65mm x 100mm. The size was pretty standard, but human imperfections from trimming the photos and cutting the mounts meant sizes could vary slightly.

Carte de visite arrived in England in 1857. If you had the money, you could get your photograph taken and then give your portrait to friends and family. It became the selfie of its day, people sending pictures of themselves to people they knew 150 years before smart phones. In May 1860 carte portraits of Queen Victoria, Prince Albert and their children were taken and the popularity soared. People began to collect portraits of celebrities as well as their friends and family and mounting them in photograph albums. Celebrity CDV were sold in shops in the same way that picture postcards are today and even traded among friends. Soon cameras got cheaper and cheaper, allowing almost everyone to be able to get CDV of themselves by the end of the Victorian era. Families were having group photos taken and so were members of clubs and even orchestras. 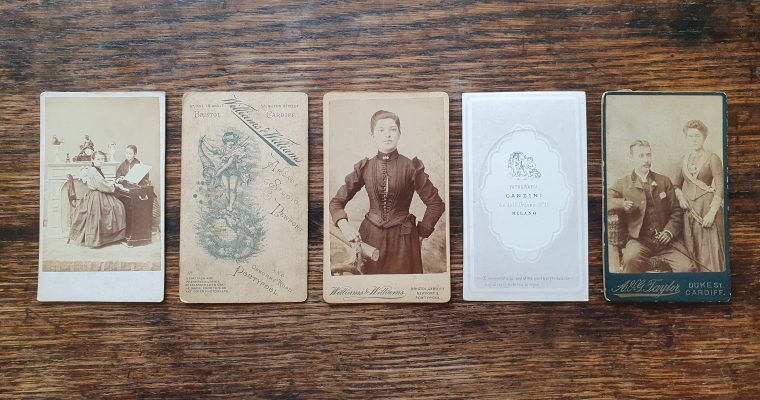 The backs of CDV are just as interesting as the fronts. The reverse often displays the name and address of the photographer or photography studio who took the photo. After a while, a simple name and address wasn’t enough to stand out now 1,000s of people were opening studios up and down the country so companies commissioned increasingly elaborate illustrations or logos which are often really beautiful pieces of design to fill the backs of their printed CDV.

In the early 1870s, carte de visite were joined by cabinet cards, which were larger but also mounted on cardboard backs measuring 110mm x 170mm. After a 40+ year trend, by the early 20th century popularity for CDV and cabinet cards were fading as Kodak introduce the box Brownie camera and home photography became a new mass phenomenon. Now CDV can be found in large numbers, loose or in family albums almost everywhere.

CDV are really wonderful, personal items, giving us an insight into people who lived over 100 years ago, how they dressed and presented themselves. Each personality is framed forever in the face and posture of these little cards. I have a few dozen CDV as I love people, stories and design. Imagining the life each person might have led is great fun and really interesting. You can pick up carte de visite seriously cheaply online for about £1 each, and I think that’s a bargain for a photo of a person you might have the last image of in the world. 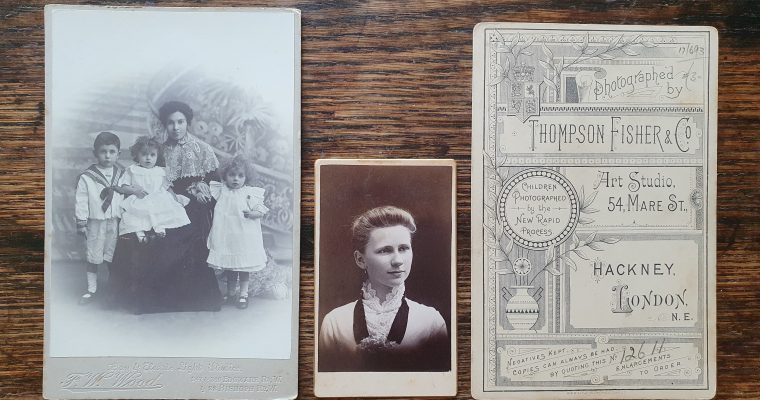 Post Views: 405
Author: samuel thomas
Filed Under: From My Collection