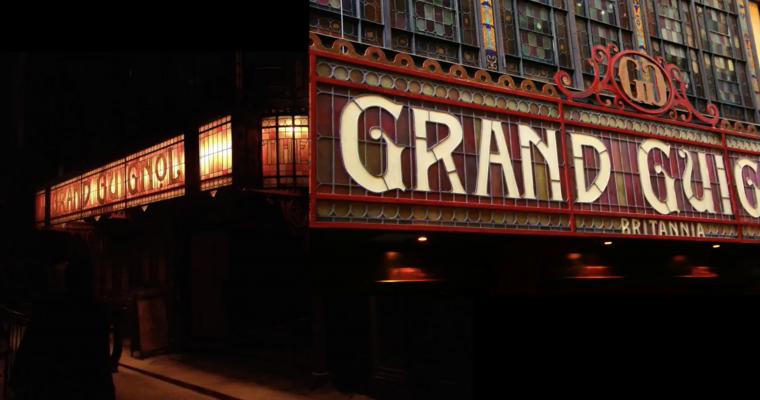 This is a cast iron, stained glass, theatre front, from the gothic, horror TV show, Penny Dreadful (2014). This isn’t a stereotypical graphic prop, but it still falls very much under the graphic design department. The Grand Guignol Theatre signage was designed by Annie Atkins, a Dublin-based graphic designer for film and television who began her props for screen career working on The Tudors television series in 2008. 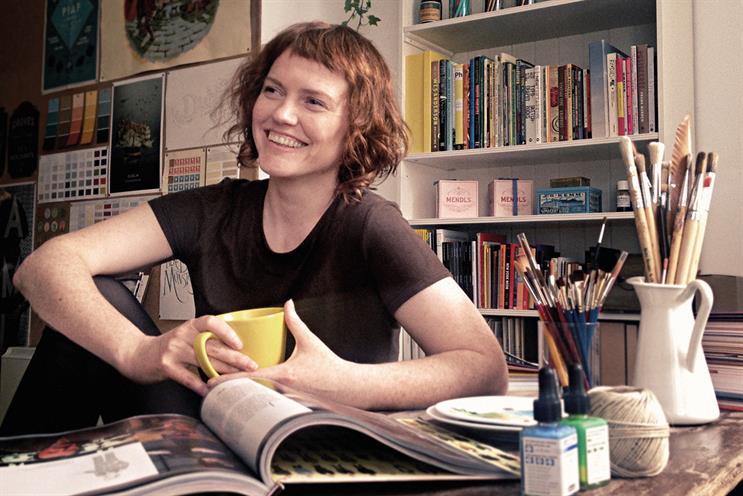 Early on in her career Annie set a little rule for herself which is as follows… “If something was made by hand at the time, then I should make it by hand now and if something was made by a machine at the time, then I can get away with making it with a machine now”. For example, any Victorian shop front signage would have been painted by hand at the time, so she would draw the lettering by hand and give it to the sign painter and they would paint it onto the film set. But with things like playbills or street posters, they would have been letterpress printed at the time and so Annie feels she can use typefaces and work on it digitally, which is a great ethos. 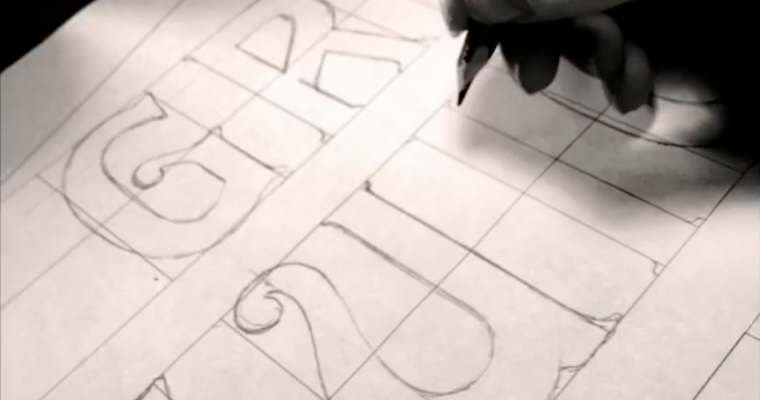 When designing the Grand Guignol Theatre signage, first thing she did was to start drawing the lettering by hand, rather than use a font, because it would have been created by hand at the time, being the show was set in 1891. By hand-drawing the lettering, it meant that no two letters were going to be exactly the same and she her lettering got some really lovely, organic shapes and curves. Annie once said that “if I start with a font, when it’s not supposed to be a font, I’ll spend all day battling against it to try to stop it looking like a font. It’s easier just to pick up a pencil.” Drawing by hand in the past sometimes resulted in tiny letters, if the designer miss judges the amount of space they have. Annie replicates this imperfeciton by making the “o” in “Guignol” smaller than the other letters and added a dot below it to make the text fit the space. This all helps add to the historical realism of the piece. 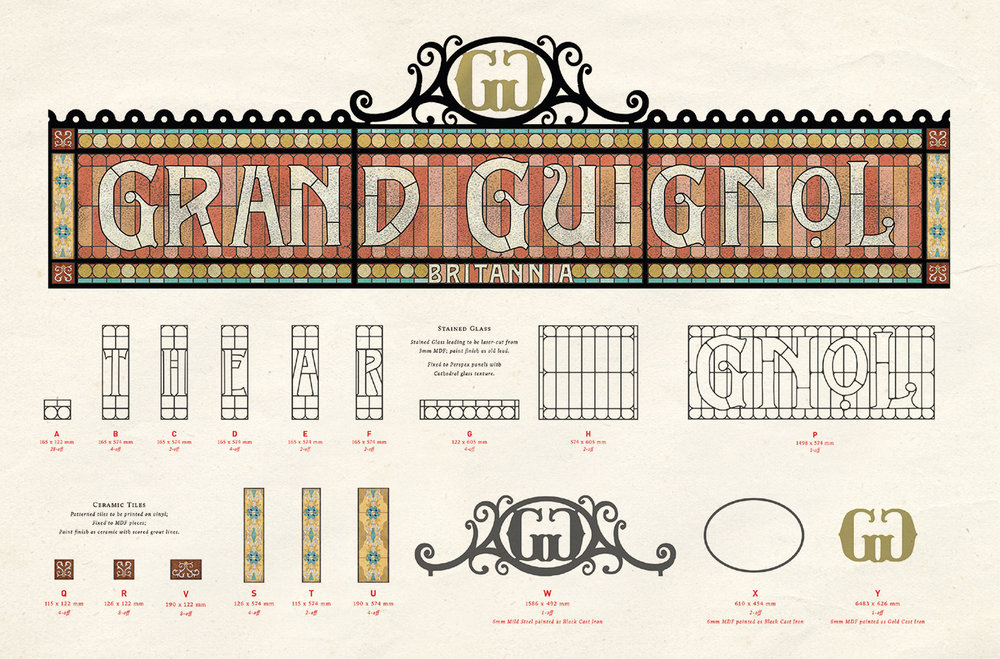 Later, she took her drawing into photoshop and illustrator, digitising it to create an architectural, technical drawing. This was then issued to the various metal workers and glaziers who were actually going to make the finished sign. Once all the pieces were made they were taken down to the paint workshop where they added colour and texture to age the sign. The finished panes weren’t actually made of glass, but perspex because in filmmaking they use materials that are cheaper, lighter and ultimately safer than the real materials that would have been used at the time. The final piece was going to be above the actor’s heads on set and if something were to go wrong or collapse, a real glass sign would be extremely dangerous. The effect however looks magnificently like real stained glass and the metalwork is incredibly elegant. This was a great art department team effort and a wonderful example a graphic design on screen.