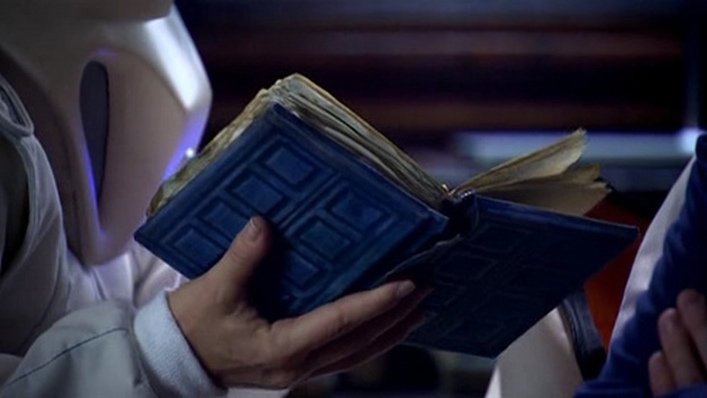 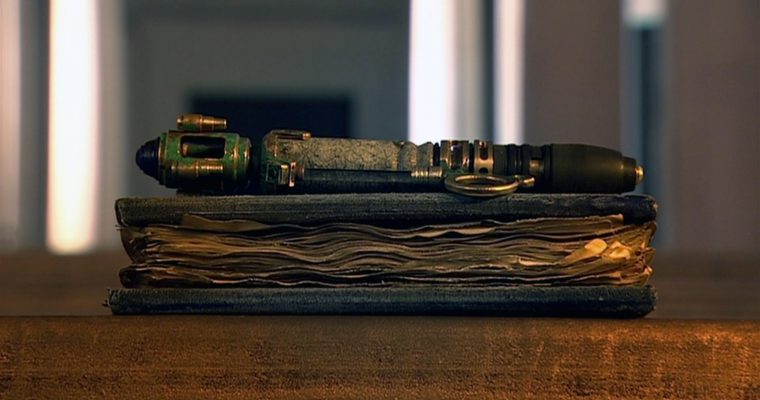 British graphic props don’t get much more iconic than River Song’s Diary from Doctor Who. Designed in 2008 for River Song’s first episode “Silence in the Library” and subsequently featured in a storyline that would span 3 Doctors, no one could have predicted the diary would turn out to be the instantly recognisable piece of pop culture that it has.

It all began with, David Tennant (my Doctor) who I was lucky enough to grow up watching as each episode came out back in 2005. The iconic role of River is of course played by the fabulous Alex Kingston but no assistant had spanned more than 2 doctors before, but River was no assistant. She had a storyline spanning 8 years, from the fore mentioned “Silence in the Library” (2008) to “The Husbands of River Song” (2015). On screen we’ve seen River alongside the 10th Doctor, David Tennant, 11th Doctor, Matt Smith and 12th Doctor, Peter Capaldi! This is an honour that Kingston shares with no other actor in Doctor Who’s long history. As well as owning an iconic diary, the character of River has popularised catchphrases including, “Hello Sweetie” and “Spoilers”, the second of which is often used in reference to her the diary itself. Even after her final episode, this graphic prop lives on, last appearing in the Series 10 episode “Extremis” (2017), 2 years after River’s final episode.

River uses her book to keep track of her encounters with the Doctor for reference as they are travelling through time in opposite directions. This is a great premise to design a graphic prop around and must have been really fun to design. It’s beautifully made and, in my opinion, hit the design objectives spectacularly, as when it first appeared it sparked the right amount of excitement and curiosity in both the viewer and the Doctor. The Tardis blue colour and panelling design reflects River’s connection with The Doctor well, without it being overtly obvious what the connection it is. The outer cover of the book is really well worn and weathered, showing just how well travelled and aged the diary is. The yellowed and crinkled pages give a warm, personal feel, showing us instantly that the book is well loved and taken care of, despite the hard life it’s had and it really is a class act in prop design. 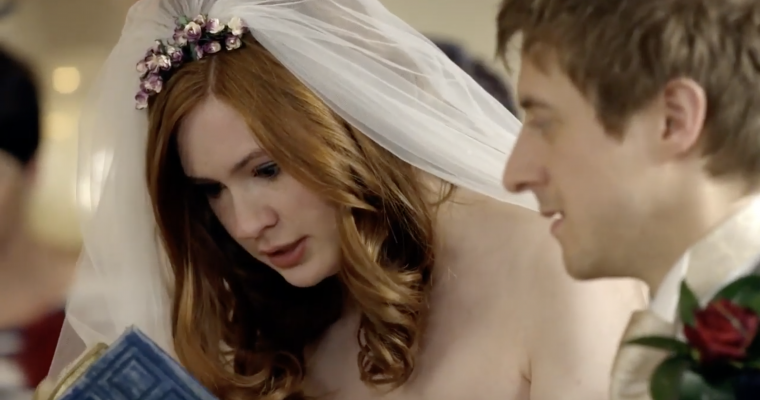 In terms of handwriting, we only see inside the diary a few times, such as during Amy and Rory’s wedding scene from “The Big Bang” (2010) where Amy is given a new, blank copy of the diary anonymously by River and once in “Extremis” (2017) where Nardole reads aloud a passage River wrote for the Doctor.

I’m not very familiar with Doctor Who after the Pond’s storylines ended during Matt Smith’s era so I can’t remember if there are any other times we see inside the diary, but on the occasions we do, the entries are written in an elegant hand, fitting for River’s cheeky character, but little attention is payed to the layout on the page as her mind must be buzzing all the time. When trying to get down everything you’ve seen and done with the Doctor as quickly as possible must leave little time to attend to the neatness of your pages. 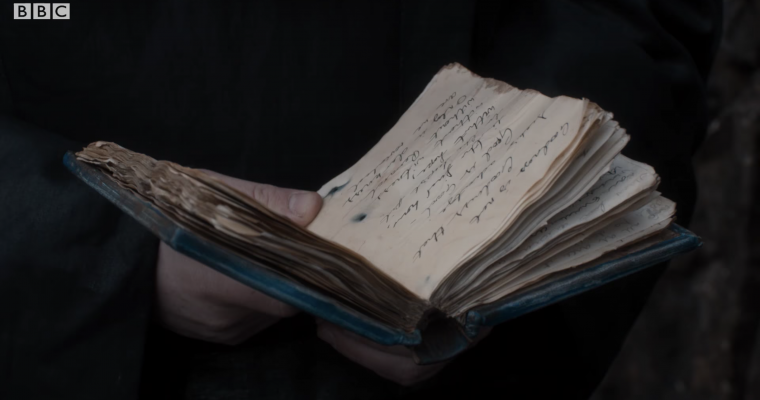 I now want to credit the original creator of River Song’s diary for making something so fascinating and wonderous, but as usual it’s hard to be sure who it was. Graphic prop makers get such little credit and recognition outside of the industry, it makes it difficult to be sure who originally made props like this, however, I have found a few likely contenders. Nicholas Robatto, credited as Nick Robatto is, as far as I can tell, the only full-time prop maker on the Doctor Who episode in question “Silence in the Library”, where the diary first appeared. Penny Howarth, a 74 episode, 2005 – 2018, veteran prop maker probably headed up the department at the time and even worked on episode 2 of this story “Forest of the Dead” so she might have had a hand in the making of it too. It’s a shame we don’t know for sure, but someone somewhere must know… who? 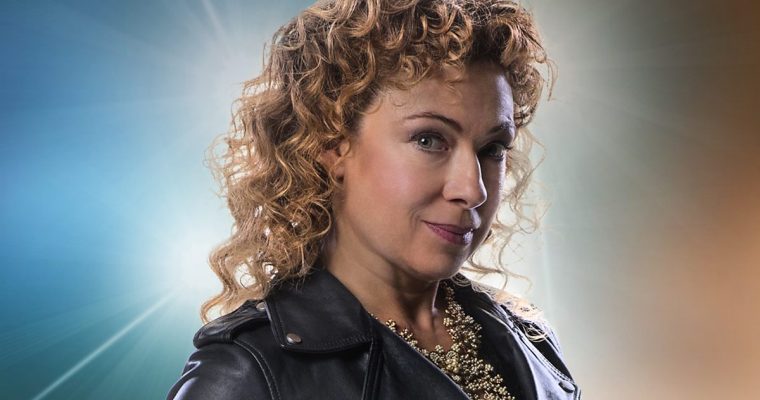