Peppy’s Posters & Magazines From ‘The Artist’

PEPPY’S POSTERS & MAGAZINES FROM ‘THE ARTIST’ 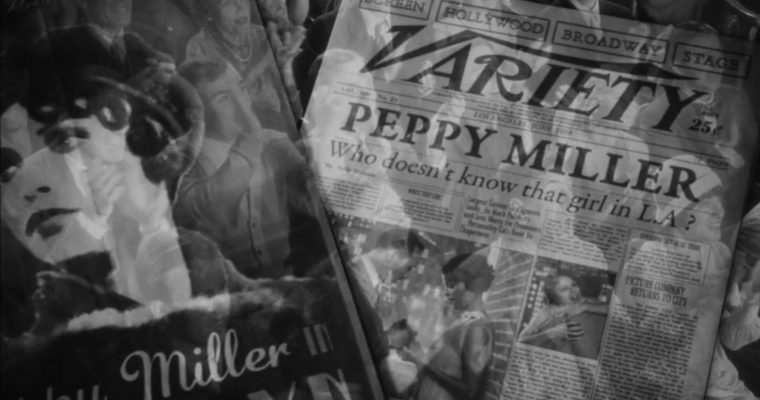 These graphics are from the film, “The Artist” (2011). The movie was shot in black and white and set in the late 1920s / early 1930s. We follow the story of Peppy Miller, a film-going fan who falls in love with the silent film star George Valentin. However, things soon change as Peppy becomes a famous actor herself while George’s career goes downhill with the introduction of ‘talkies’ and ending his silent film career. 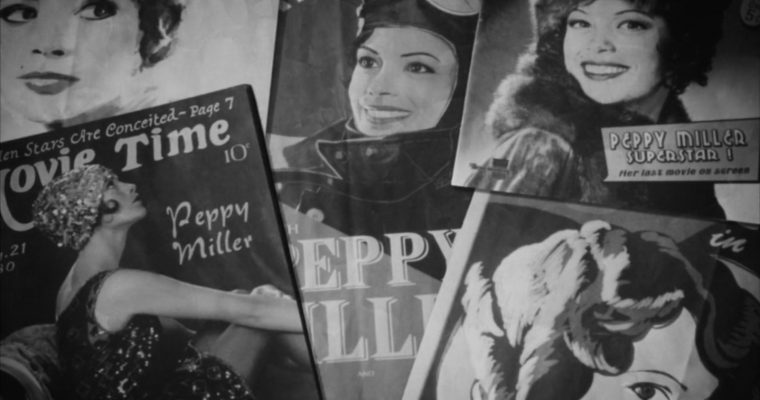 These posters and magazine covers make up a scene that is essentially a graphic design alternative to a montage. The graphics show Peppy’s public profile rising as her career gains momentum with new films, interviews and cover photo shoots. We learn all this without any dialogue or cutting to different scenes. The ephemera elegantly slides into shot, initially over the top of a clapping crowd from the previous scene. Piece by piece, one on top of another it falls, as if it were being thrown gently on a table. It’s a really wonderful scene and 100% graphic prop based. I can only imagine the fun the graphic design department had creating all this ephemera. The official “Graphic Designer” credited on the production was a man called “Martin Charles”. A “Michael A. Heath” is also credited on IMDB as “Prop Paperwork” which suggests he was also part of the graphic design department. 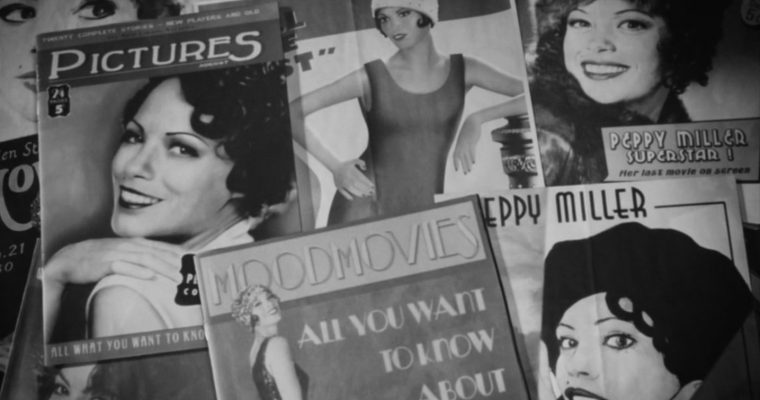 There are a lot more wonderful graphics in “The Artist” and I suggest you watch it as it really is a phenomenal film. It’s witty, emotional and compelling and even won the Academy Award for Best Picture back in 2012, so definitely worth a viewing. And while watching, you’ll get wave after wave of incredible graphic props wash over you while you enjoy the thrilling tale being told.