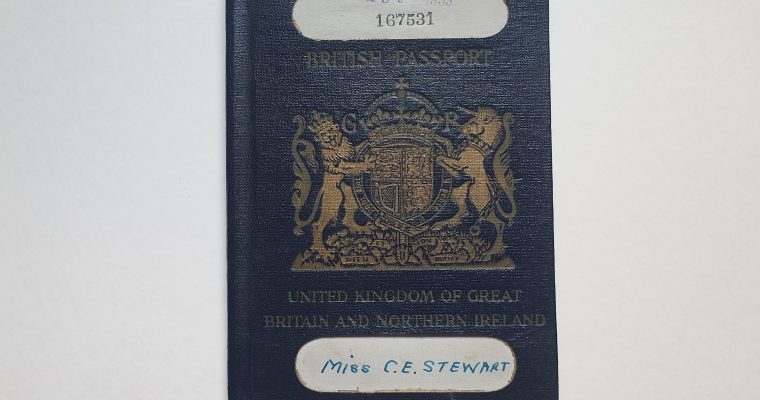 This is my Great Grandmother’s passport (on my Mum’s side) from 1933. Miss Catherine Elaine Stewart, who proffered to be known by her middle name Elaine, was born on 27th June 1911. Sadly, I never knew her as she died when her daughter (my Grandmother) was just 17 years old meaning my Mother never knew her either, however, she was a wonderfully kind and intelligent woman who loved her children dearly. 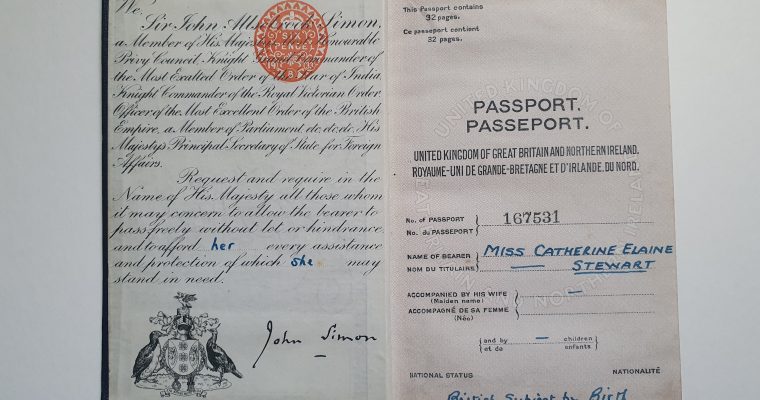 I inherited this passport over a year ago now but one thing that really jumped out when I first saw it was how underneath the space to place the owner’s photo, sits a second box for their “wife” / “femme”. This is a beautiful illustration of the patriarchy, clearly assuming that all passport owners should be men who would then have jurisdiction over their wife’s ability travel. This was maddening, but it gets worse as, it wasn’t until the 1970s that they removed the box for “femme”!!!

As it turns out the first record we have of a British woman having a passport of her own was Helena Florence Normanton. Born in 1882, Normanton was the first female barrister, a campaigner for women’s rights, and in 1924 became the first married woman to hold a British passport in her own name. 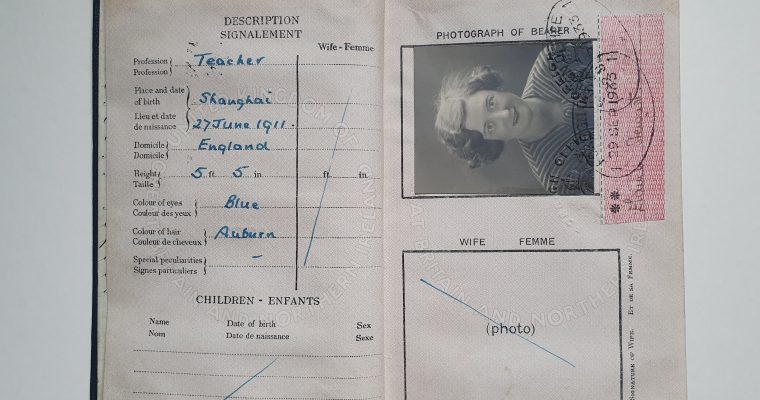 It’s amazing that Elaine had a passport in 1933, just 9 years after the first British woman got one. Even though women could now possess their own passports, it was still incredibly rare and very difficult to obtain. As Elaine’s descendant, I’m really proud of she became one of the first women to have their own passport. I also like how her picture is proudly on the “photograph of bearer” space and she’s crossed though the “wife / femme” box.

Although British, as it says Elaine was born in “Shanghai”. This is because her parents worked, met, got married and had their daughter in China. They then moved back to Britain, where her parents were from, when Elaine was still very young. Interestingly, Elaine’s mother was one of the first ever female doctors, she trained in her homeland of Scotland and went to China to practice and teach medicine. 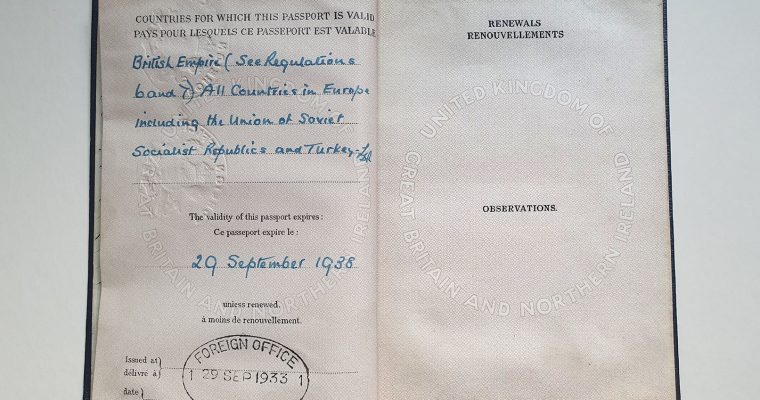 Graphically, I love the design of these old passports, with their textured covers and two front holes for name and number. I like the simplicity of the inside, but I suppose the more complicated, the harder they are to forge. The photos in these older ones don’t even have anything covering the photograph, it’s just a printed photo stuck on with glue and a stamp over the top. This is a really fascinating historical piece of design and I love it even more that I have a strong family connection to it. My Great Grandmothers handwriting and personal descriptions of herself will live on forever which are wonderful as there isn’t a single colour photo of her, being that she died in 1956 aged just 45. 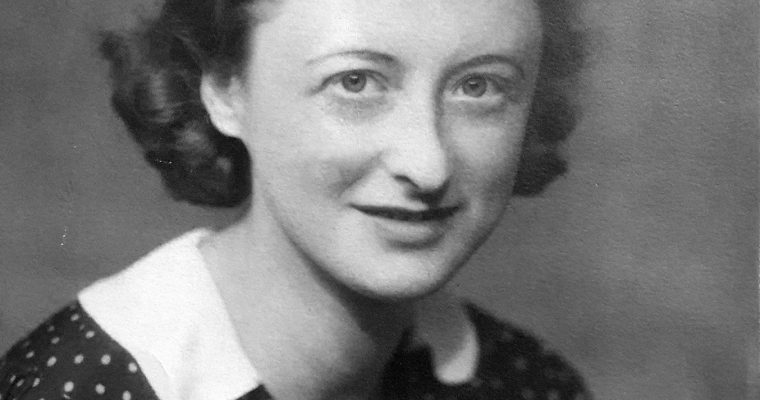 Post Views: 560
Author: samuel thomas
Filed Under: From My Collection