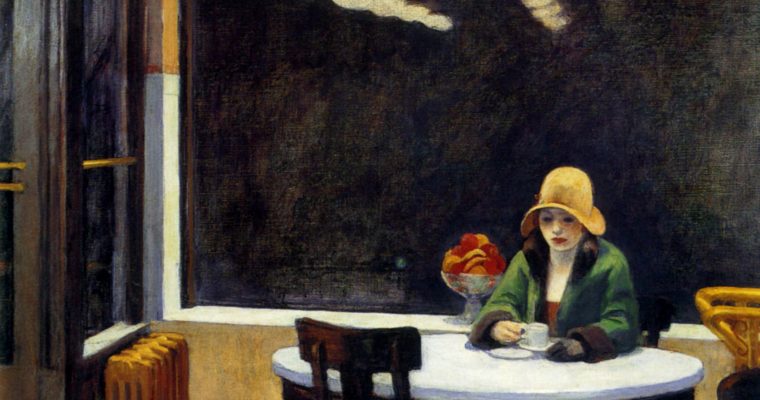 Painted by Edward Hopper in 1927, ‘Automat’ is my joint favourite painting of all time along with ‘Swinging’ by Wassily Kandinsky.

Automat is a medium sized painting 28 x 36 inches (71.4cm x 91.4cm) and first displayed on Valentine’s Day in 1927 at the opening of Hopper’s second solo show, at the Rehn Galleries in New York. By April it had been sold for $1,200. The oil on canvas piece depicts a lone woman staring into a cup of coffee in an Automat café at night. The reflection of identical rows of light fixtures stretches out through the night-blackened window. Hopper’s wife, Jo, served as the model for the woman in the painting. However, Hopper wanted to reflect the mood of the youth at the time and so painted his subject younger. The painting currently owned by the Des Moines Art Centre in Iowa. 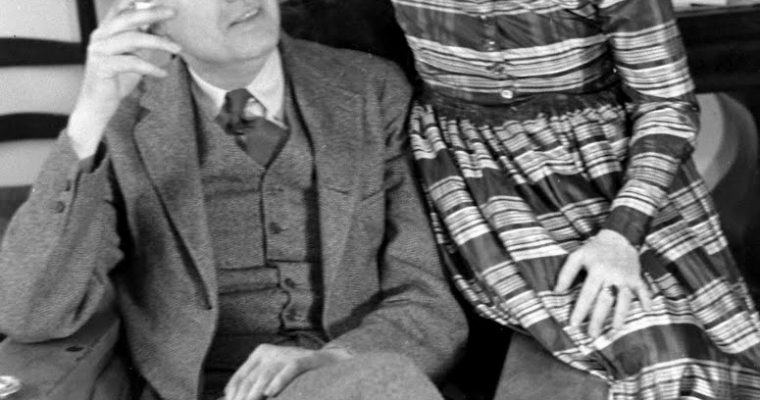 Edward Hopper (1882 – 1967) was a Manhattan born, American realist painter, who liked to capture both urban and rural scenes. His clever oils, watercolours, prints and etching were his personal reflections of modern American life.

Automats were considered an American phenomenon, but as the name might suggest, the origin of these cafés were Germanic. The first automat restaurant opened in Berlin, in 1895, the idea being that you simply feed your money into a glass-enclosed kiosk, remove a steaming plate of freshly made food, and carry it to your table. The name is literally just an abbreviation of ‘automatic’. The last automat closed in New York city in 1991 however the trend had pretty much died out by the late 1960s. But during their peak, automats served hundreds of thousands of customers every day. 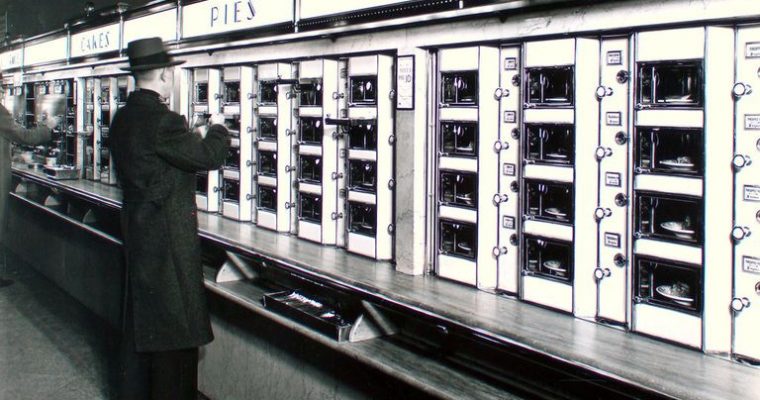 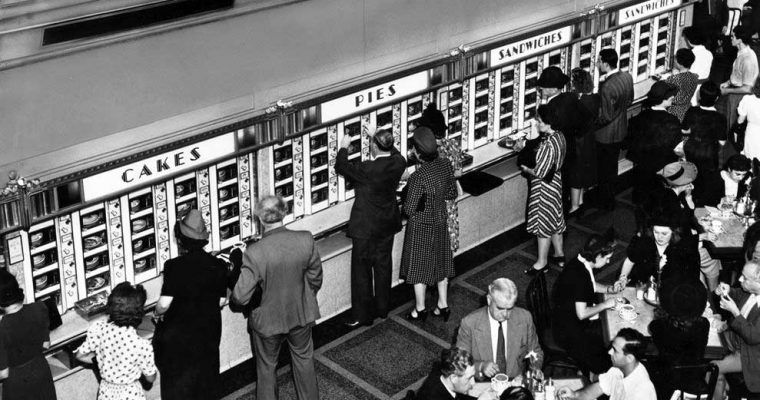 Personally, I love this painting. It feels warm and comforting, yet isolating and bleak at the same time. The woman sitting alone, starring bleakly at her coffee is perhaps thinking about her love-life as this painting is set on Valentine’s Day. The simple pathetic fallacy of the darkness outside mirroring the darkness in her mind is both beautiful and tragic. Her chosen position close to the radiator and the hot mug in her hand, tells us just how cold it is outside on this particular night. Her thoughtful and still face gives the air of a troubled soul who, for the moment at least, is safe and warm. Her wearing of a single glove shows she must go soon, but is likely making that cup of coffee last as long as possible to postpone her inevitable departure from the physical and emotional warmth provided by this automat café.