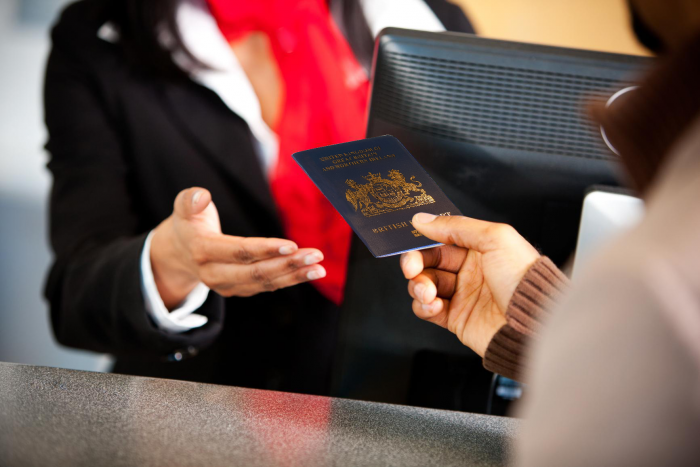 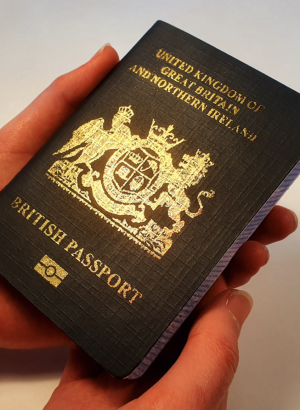 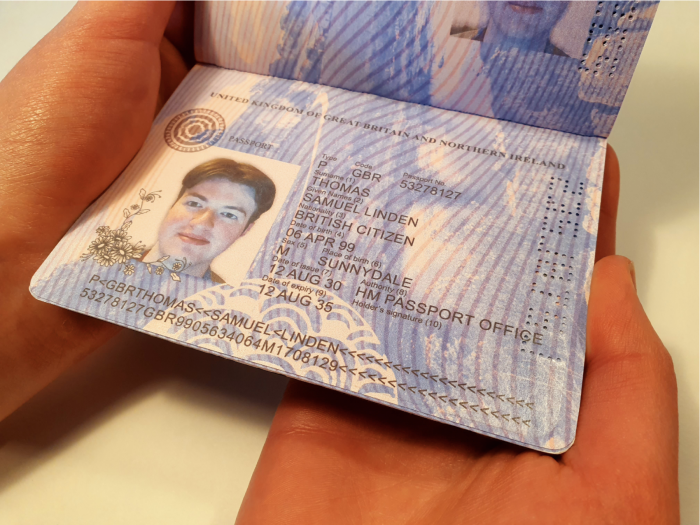 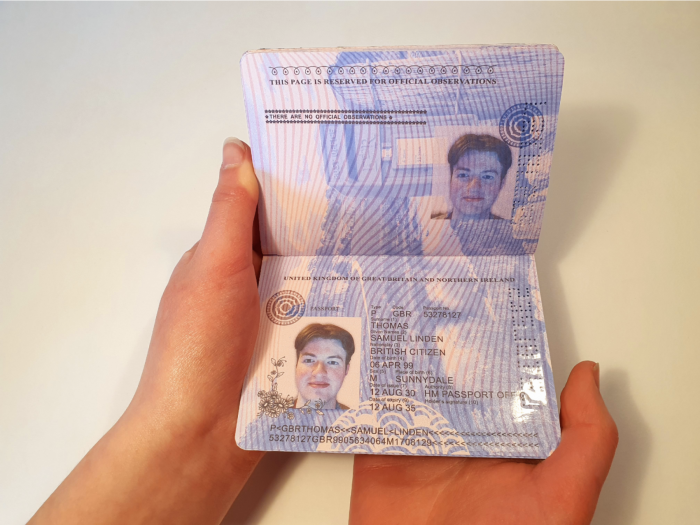 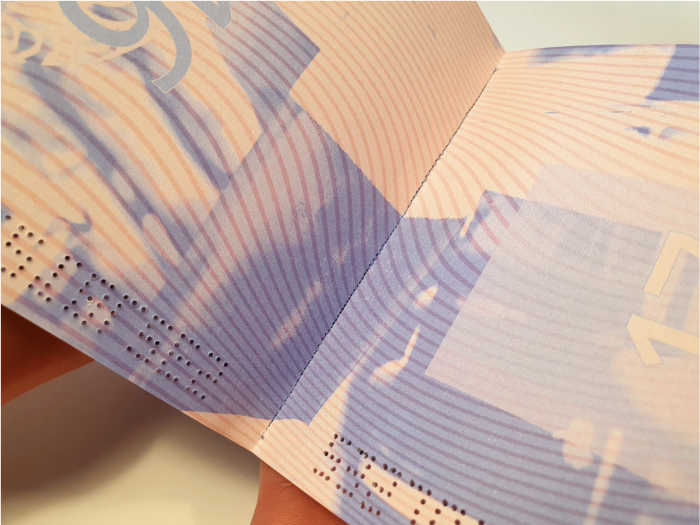 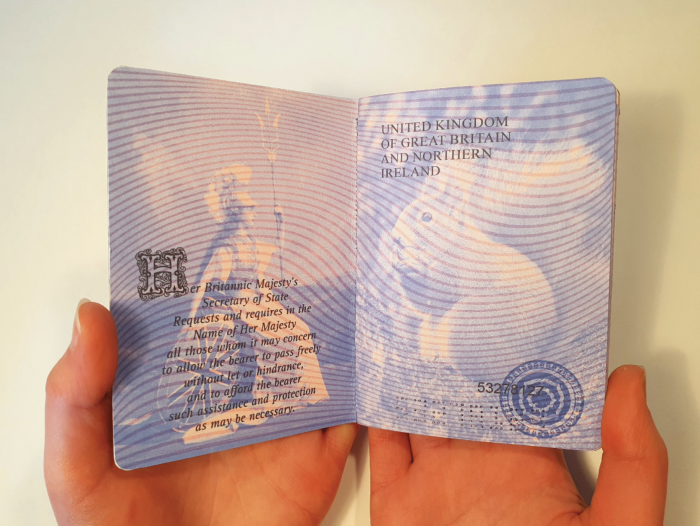 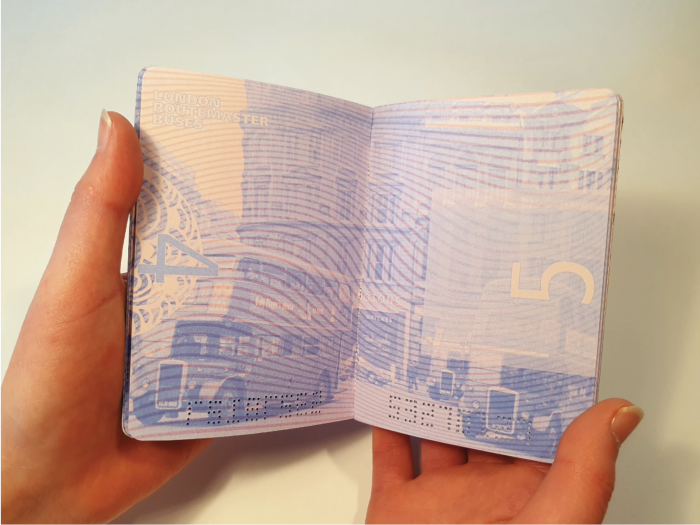 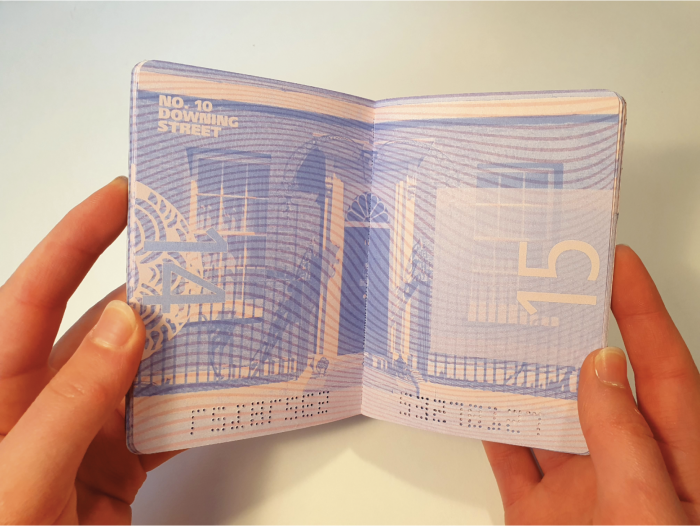 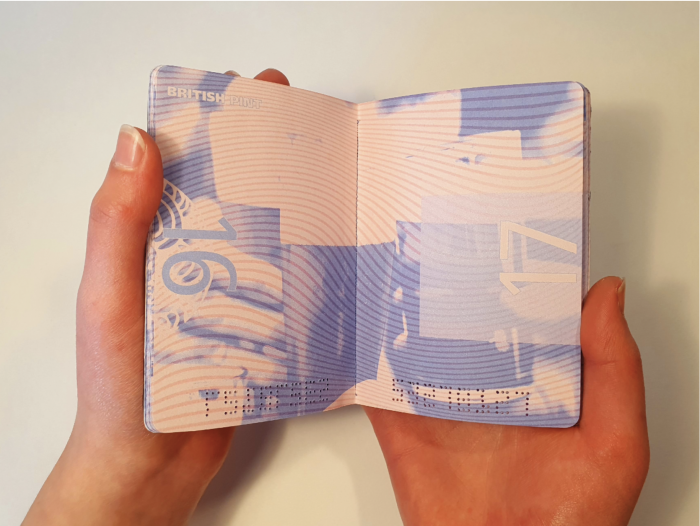 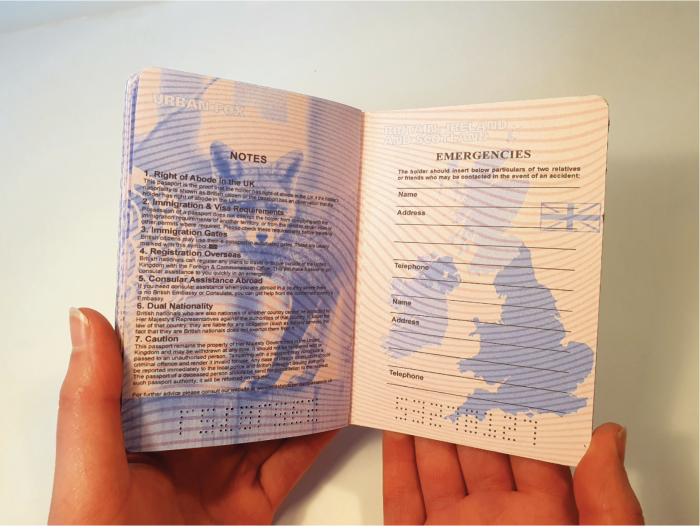 Right now it is 2020 and this is a satirical British passport that we could be using in 10 years time. Recently, there has been a surge in British nationalism as Brexit has dominated the headlines for years. This ironic (but probably believable) passport contains each spread depicting very ‘British’ things. I chose to use imagery of: 1950s London routemaster buses,  Shakespeare and No. 10 downing street to be more serious. I then chose ridiculous images depicting: Yorkshire puddings, a British pint, penny farthings and three wheeler robin reliant cars. The final cover page even contains a map of the UK without Scotland.