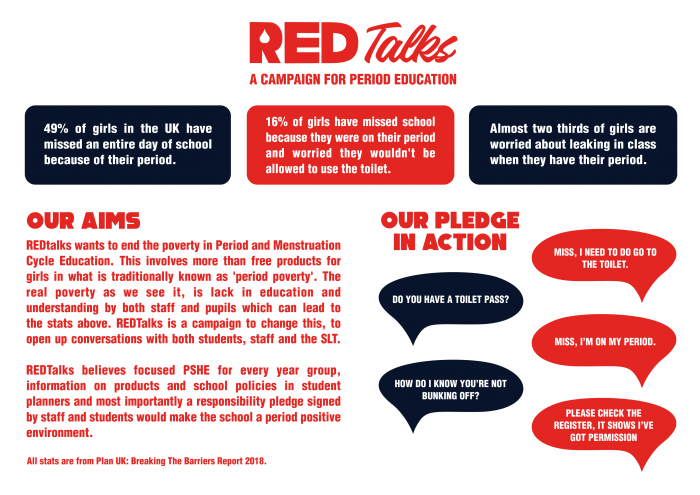 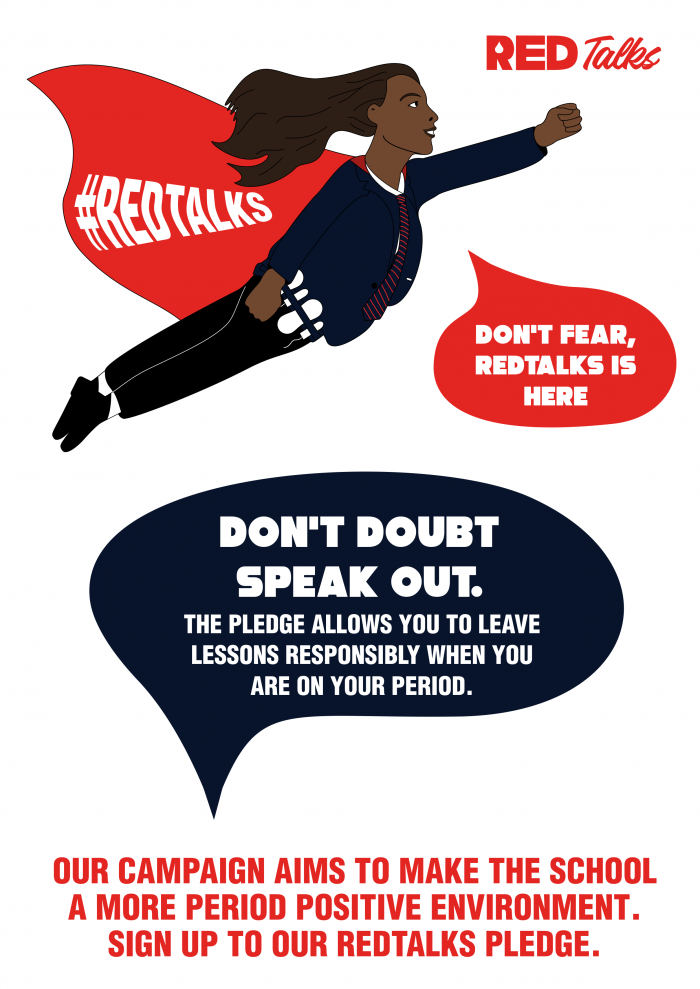 Sharp Shotz is a competition and campaign project run in Bristol since 2013 that gets year 9 children to come up with campaigns that mean something to them and raise awareness both in and outside of their school. They use film, animation and graphic design to promote their campaigns. I was lucky enough to be asked to come on board for the 2019 projects.

I chose to work with a group of 4 girls from City Academy, Bristol on period poverty (an issue I care a lot about and had already been campaigning on for several years). I became the team’s official graphic designer, creating them a logo for their campaign ‘Red Talks’, a student poster to go around their school, and a more detailed poster for their teachers to read. The final film they produced, along with the other school’s entries were showcased at Watershed in Bristol. I’m really proud to have been apart of this campaign and I’ve placed a link to the girl’s final Period Poverty in schools video below. For more information about Sharp Shotz, you can view their official website here: http://sharp-shotz.com